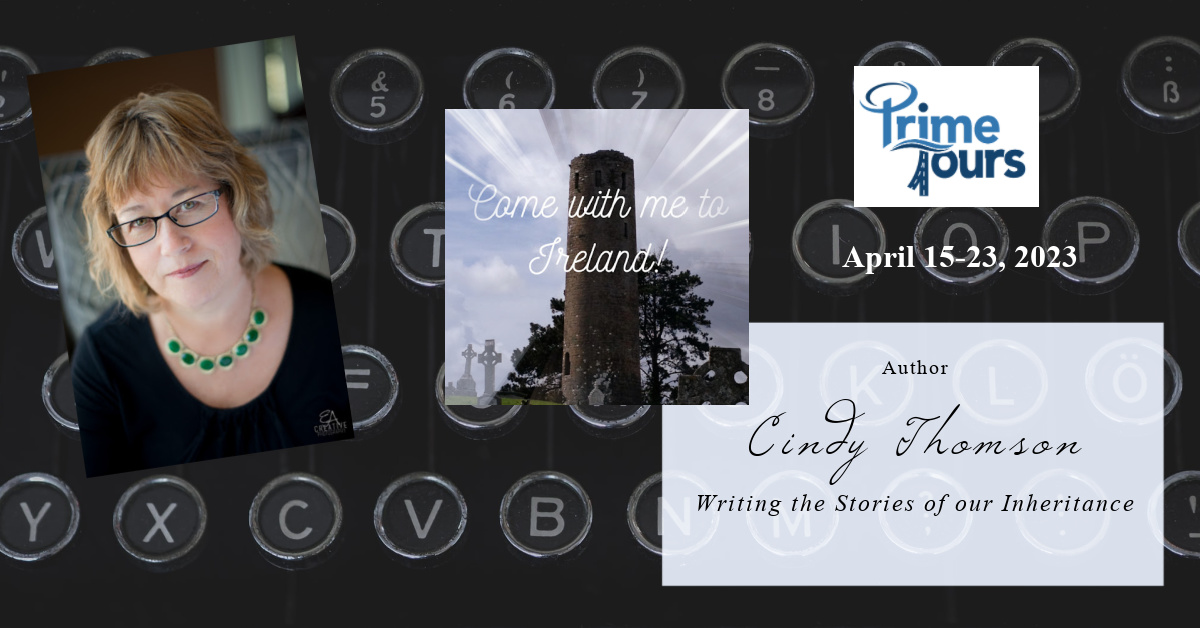 I posted this after our first trip to Ireland. It was a time of great delight in finally seeing the land I had been longing to see, and also a time of sorrow. I hope it can still serve to describe to readers what wonders await if you plan a trip to Ireland.

This is just an overview.

Basically, we started our trip by visiting Newgrange, which is a prehistoric monument in County Meath in the beautiful River Boyne valley. I’ll be blogging more about Newgrange at the Winter Solstice. After that we headed to Northern Ireland.

We were told that you could not tell when you crossed the border, and that’s absolutely true. We drove to Moira in County Down, a small town that our friend Alister McReynolds told us would be central to what I wanted to see. It’s a beautiful place and a quaint little town. The next day we drove to Downpatrick (I’ll probably blog at some point about the challenge of driving on the opposite side of the road. Tom did the driving, but the navigating–my part–was almost as difficult!). Our B&B in Moira was Ballycanal.

Our friend Tim Campbell is the director of the Saint Patrick Centre in Downpatrick. We had tea in his office and then explored the centre, which is an interactive museum detailing the life and ministry of St. Patrick. It is very well done–and they have a cool gift shop as well! (That’s Tim and me in the garden behind the St. Patrick Centre.)

Then he treated us to lunch and a tour that included the Down Cathedral, St. Patrick’s grave, the church at Saul (the site of St. Patrick’s first church and what the Irish call a “thin place”) and more.

The next day Alister and his delightful wife Eileen picked us up at our B&B and took us to more sites. Tom told them I wanted to see old places, so we saw Inch Abbey, Dundrum castle, and more. The next day was Sunday and they again picked us up to attend their church, St. George’s in Belfast, a beautiful church. After a brief tour of Belfast, which included the McReynolds treating us to tea and scones at the Merchant (Google it. I didn’t get pictures.) they delivered us back to our B&B. In the picture below we are at Newcastle, a beautiful coastal town. I’m wondering why Eileen’s hair looks so nice and mine is being blown all over?

The next day we went (if I’m remembering correctly) to Antrim and the sites there. We also went to Armagh and toured the two St. Patrick’s Cathedrals, one Catholic and one Church of Ireland 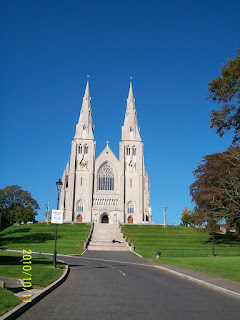 (Episcopal.) We met Tim again, and he took us to more places, including the Northern Ireland Assembly where he introduced us to Basil McCrea, a legislator. Basil gave us a guided tour and even permitted us to sit in and listen for a few minutes as a bill was being debated.

The picture is with Basil McCrea on the balcony of the building overlooking Belfast.

Before we said to goodbye to Tim we met him in Holywood for…not tea, but coffee!

Michael McCullough of the Ulster-Scots Agency invited us to a 2 person play titled The Boat Factory. We enjoyed it although we didn’t understand all the humor and had some trouble with the dialect. It was a neat experience, though.

We saw many castles, and ruins, lots of sheep and cattle and swans, ate lots of good food and met folks from England, Scotland, and Germany. We saw many more things than I’m mentioning now, but I’ll be blogging about them in the future.

We briefly visited a monastery in Rostrevor at the foot of the Mourne Mountains. It was there, however, that we learned my father went to hospice back home and we tried without luck to return to the US early. Not being able to, we went up to the Antrim coast and Giant’s Causeway–an absolutely beautiful place.

I learned later that at the hour my father passed away peacefully, we were observing a full rainbow. I understood what God was trying to tell me.

When we returned to Dublin, and before we boarded our plane home, we met Patrick Comerford who treated us to the Book of Kells exhibit, where we also saw the Book of Durrow and the Book of Armagh. He also showed us around Dublin and gave us a personal tour of the Cathedral, which we really enjoyed. His gift of a prayer book and expressions of sympathy really touched my heart. I had never met Patrick, a priest in the Church of Ireland, in person before, and his kindness and personal attention that afternoon was a fitting end to our trip.

When we left him we went to the National Museum of Ireland and saw many of the treasures that I had previously only seen in books and written about. That was wonderful. A special treat was finding my book, Celtic Wisdom, on sale at their bookshop!

That was my trip in a nutshell. Like I said, there is much, much more to tell. It was a wonderful experience with a bittersweet ending. I spoke to my father right before we left the country. He said he was glad I was going on my trip. The rainbow told me I would see him again one day in heaven. 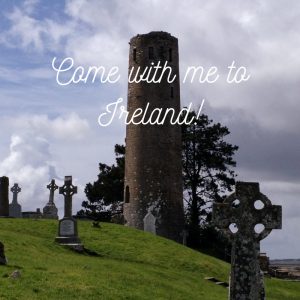